“She must express life, death, happiness, sorrow, love and anger, but above all she must have dignity.”

Many experts say belly dancing is the oldest form of dance, having roots in all ancient cultures from the orient to India to the mid-East. Probably the greatest misconception about belly dancing is that it is intended to entertain men. Throughout history, this ritualized expression has usually been performed for other women- generally during fertility rites or parties preparing a young woman for marriage. In most cases, the presence of men is not permitted.

The term “belly dance” is a translation of the French “danse du ventre” which was applied to the dance in the Victorian era. It is something of a misnomer as every part of the body is involved in the dance; the most featured body part usually is the hips. Belly dancing is natural to a woman’s bone and muscle structure with movements emanating from the torso rather than in the legs and feet. The dance often focuses upon isolating different parts of the body, moving them independently in sensuous patterns, weaving together the entire feminine form. Belly dancing is generally performed barefoot, thought by many to emphasize the intimate physical connection between the dancer, her expression, and Mother Earth.

Belly dancing costumes are often colorful, flowing garments, accented with flowing scarves and veils. Finger cymbals (made of brass and known as zills) are common, dating back to 200 B. C. as well as exotic jewelry, including intricate belts made of coins that, in earlier days, comprised the family’s wealth so that it might be portable in the event the woman needed to move quickly or flee. Other interesting accessories used during the dance are: swords, snakes, large vessels, and even huge candelabras, complete with flaming candles, wings, veils, fan veils and canes.

Although contemporary forms of the dance have generally been performed by women, some of the dances, particularly the cane dance, have origins in male forms of performance.  Belly dance takes many different forms depending on the country and region, both in costume and dance style, and new styles have evolved in the West as its popularity has spread globally. 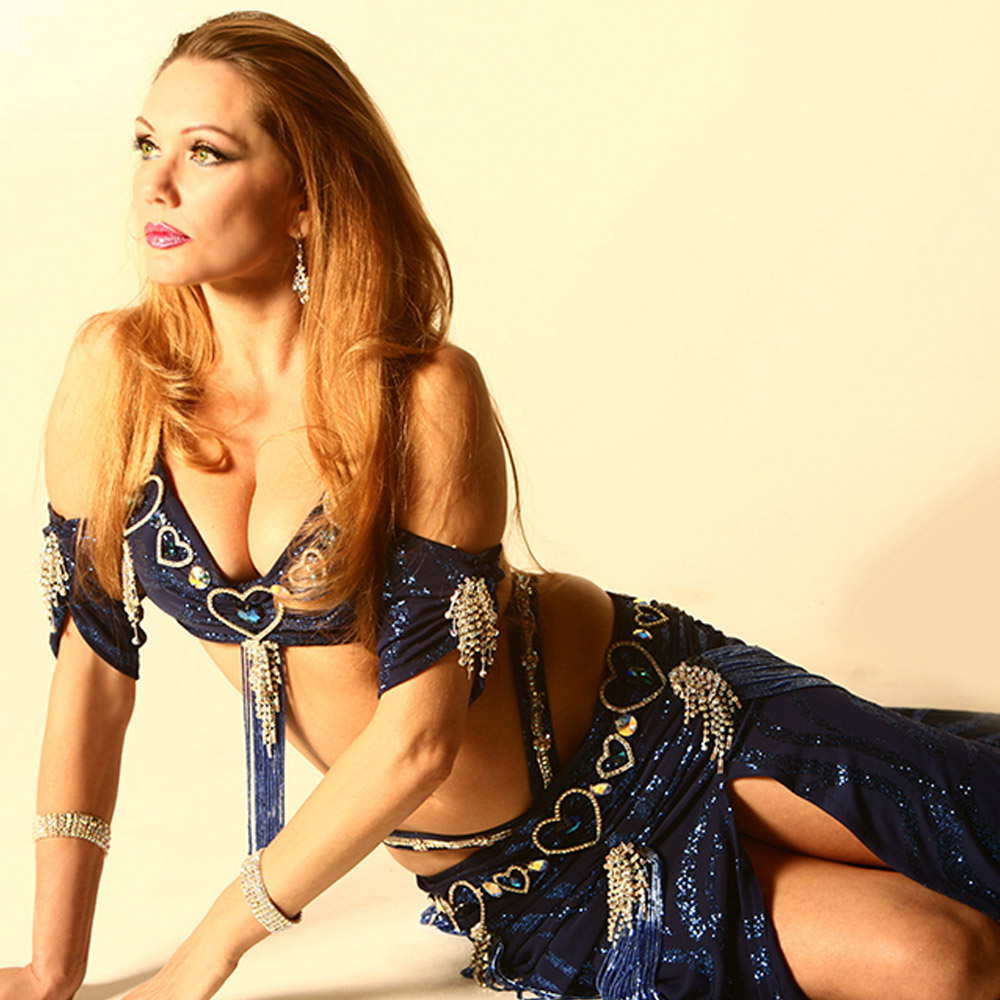 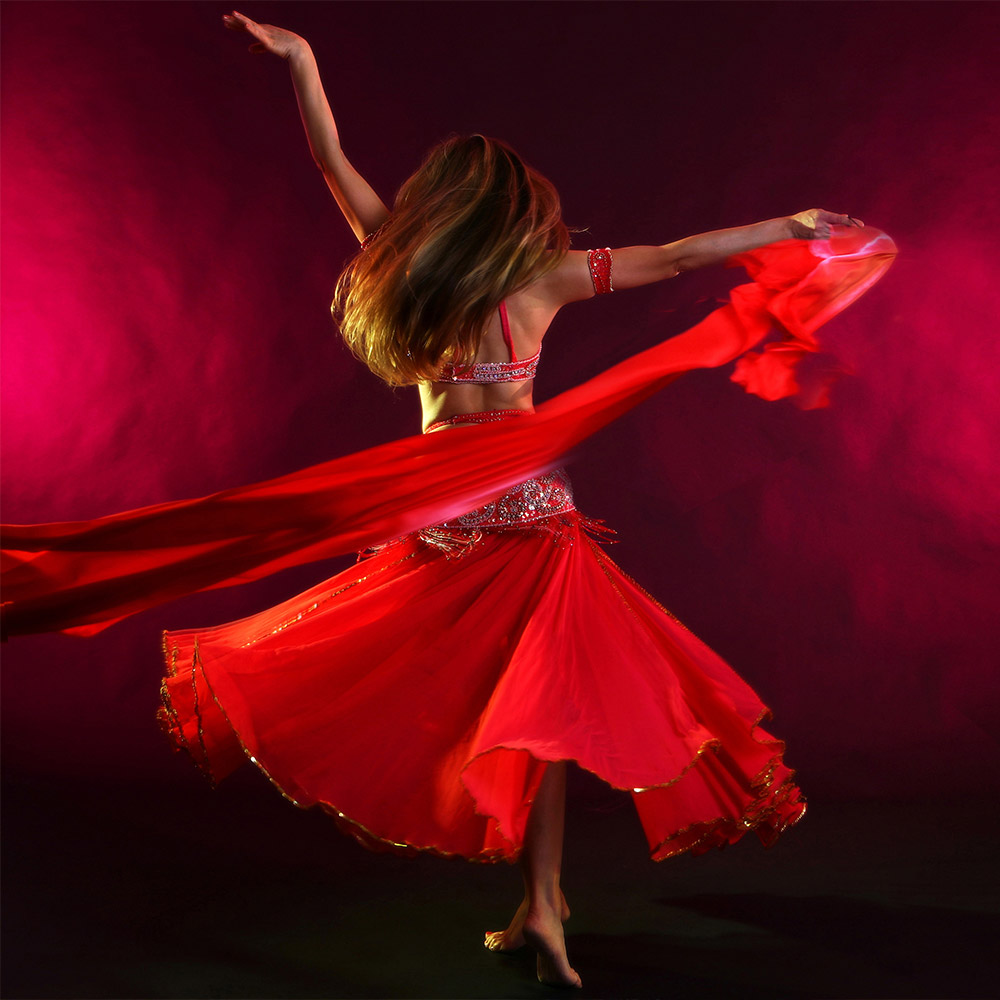 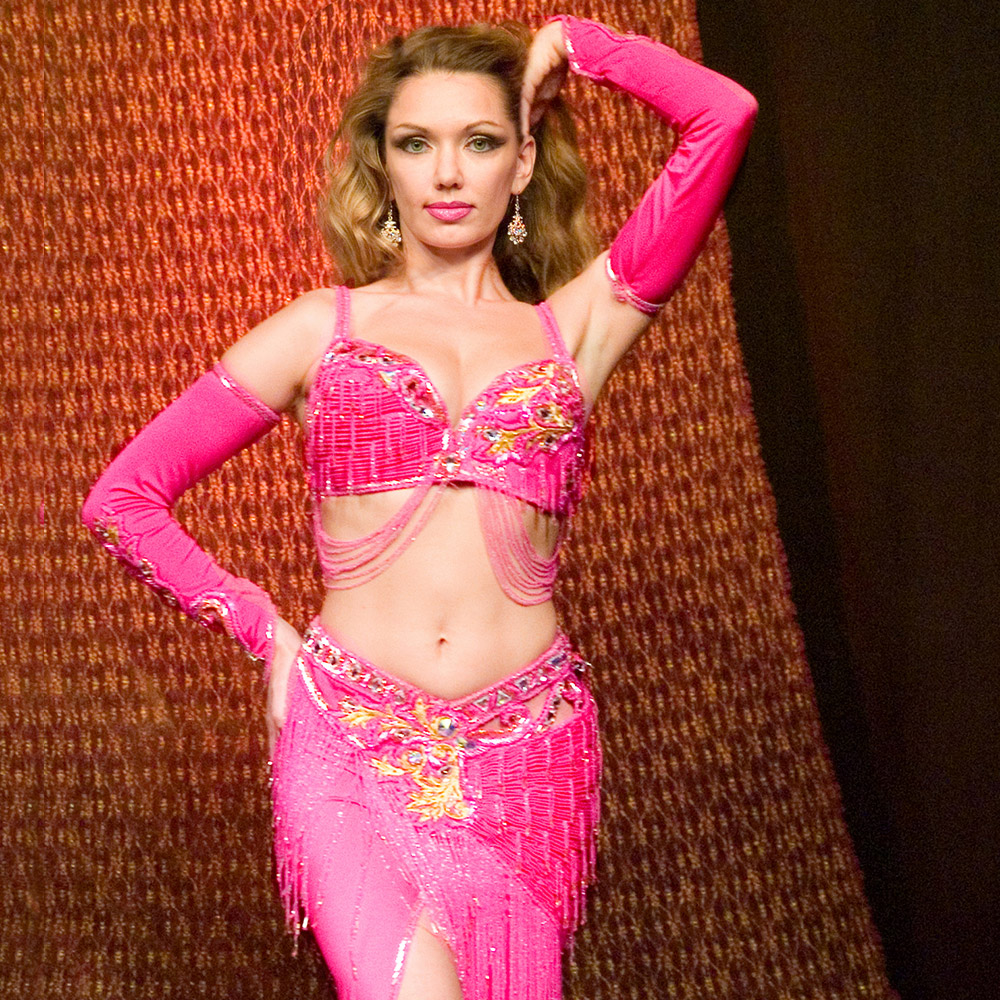 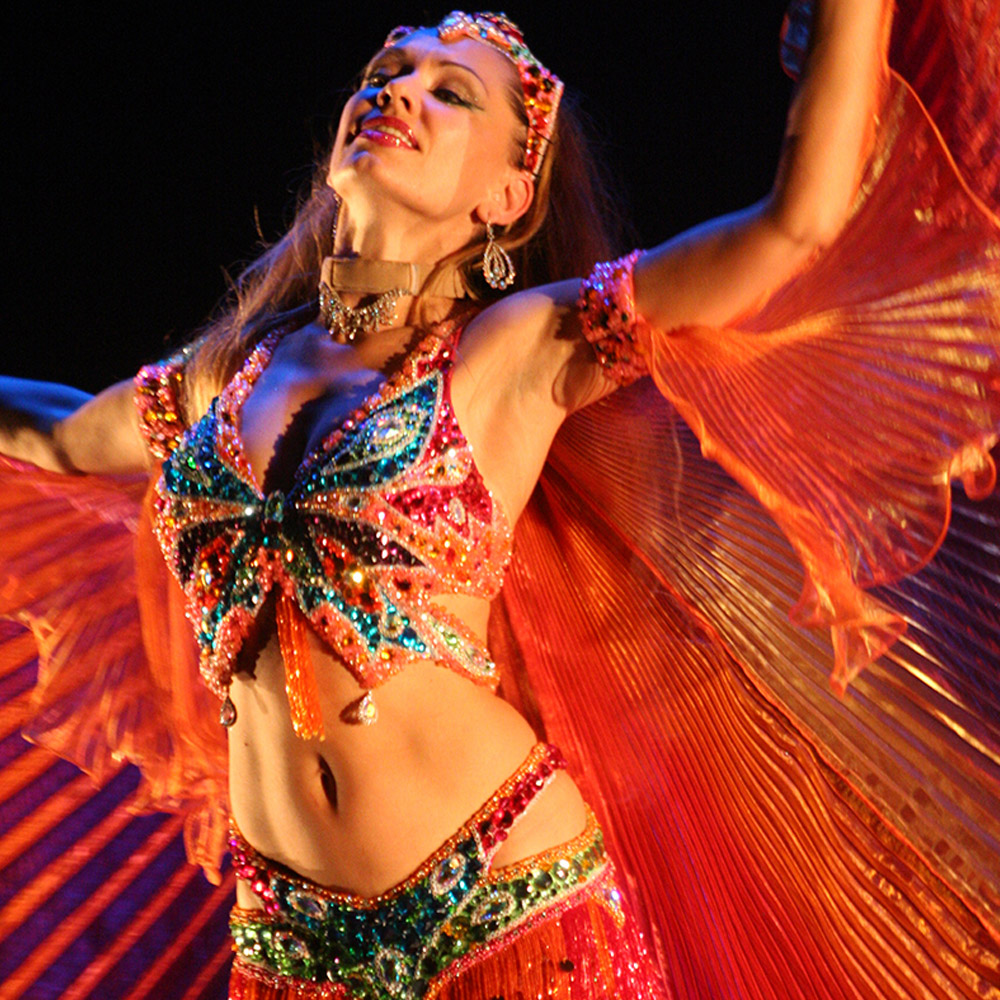