“…Caravans painted in bright images and colors Tambourines jingling as velvet shadows danced in the night Skirts swirling, gold and silver bangles on their arms Dancing ’round the bonfire’s fiery light Accordions singing, with happy notes from a fiddler’s bow As they sang and danced barefoot under the moon.”

Much has been said and written about the origins and first appearance of the Gypsies. After the Romany people left India around 1000 years ago, they migrated all over the globe, and many settled in various countries – today there is not one country without Gypsy/Romany people.Their first documented existence in Europe days back early 15th century and most scholars agree that they originally came from Northern India. Apparently the Gypsies migrated into Persia in the 11th century.  Gypsy people are eternal nomads, which is why the elements of Celtic, Balkan, Indian, Arabic, Russian and many other cultures are intertwined in their dance.

“Gypsies” derives perhaps erroneously from “Egypsians” or “Gyptians”-(hence the name Gypsies)- in Eastern Europe, the Balkans and Russia are called “Tzigane” due to their nomadic life style. Gypsies refer to themselves as Rom or Roa. As many worked as musicians, they had  a considerable impact on the music of the countries they lived in-their own particular musical and dance style often combined with the folk music and dance of a particular country, thus preserved the tradition over centuries. Gypsy Dance can be described as a blend of Russian, Hungarian, Romanian, Spanish, Turkish influences, and yet the Roma have contributed their own style to many areas of dance and influenced their artists.

Gypsy dance is bright, dynamic and entertaining, it reflects Romany people`s traditions, life style and freedom. After all, where there are Roma (Gypsies), there is always dancing, singing and joy. The music for the dance is performed on local instruments, which have been changing and evolving over the centuries. Gypsy dance is bright for its improvisation, freedom, energy and passion. There are several styles of gypsy dance in the world, since the Roma historically settled in many different countries. This subsequently led to the formation of different styles, depending on the country of residence and the influence of local culture on the music and creativity of the Romany people.

Russia & Ruska Roma. Russian Romani dance is characterized by gradual speed-up of music and movements and the most vibrant and expressive type of Gypsy dances in the world, and one of the most developed along with being one of the oldest Gypsy style – Spanish Flamenco. Other Gypsy groups, of course, also have their own dances, but these are less outstanding, and less formalized, explored and developed. Gypsy dance is Dance of Passion, the folk dancing of Romany people from all over the world, are dances of graceful and joyful movements, expressing freedom, passion and playfulness.  Male dance traditionally includes complex tap dance and patting knees, shoulders, and hips. 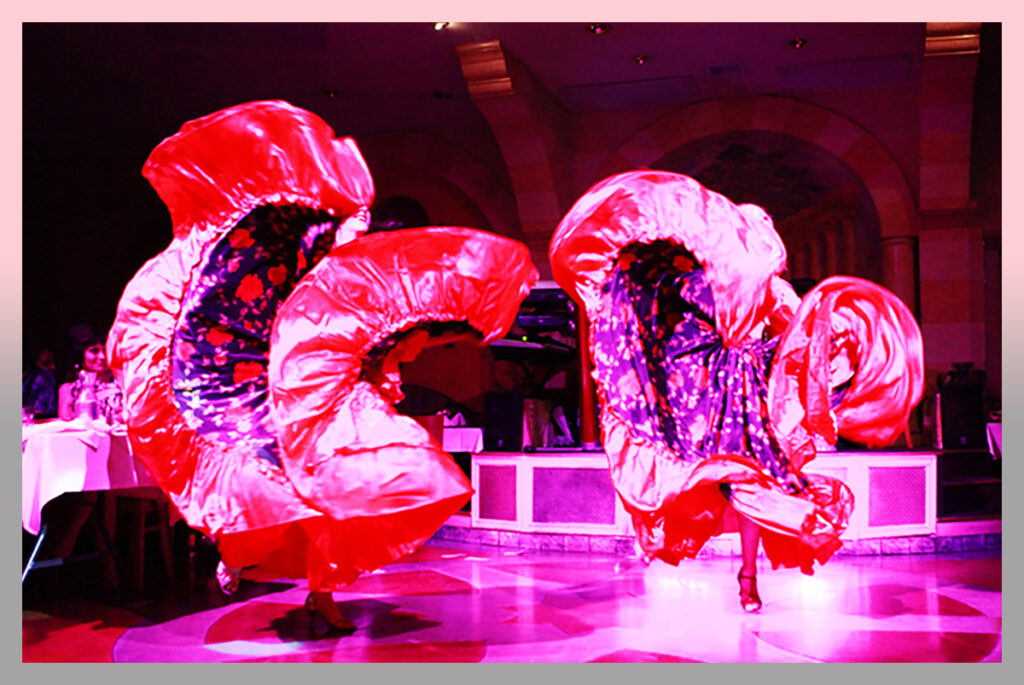 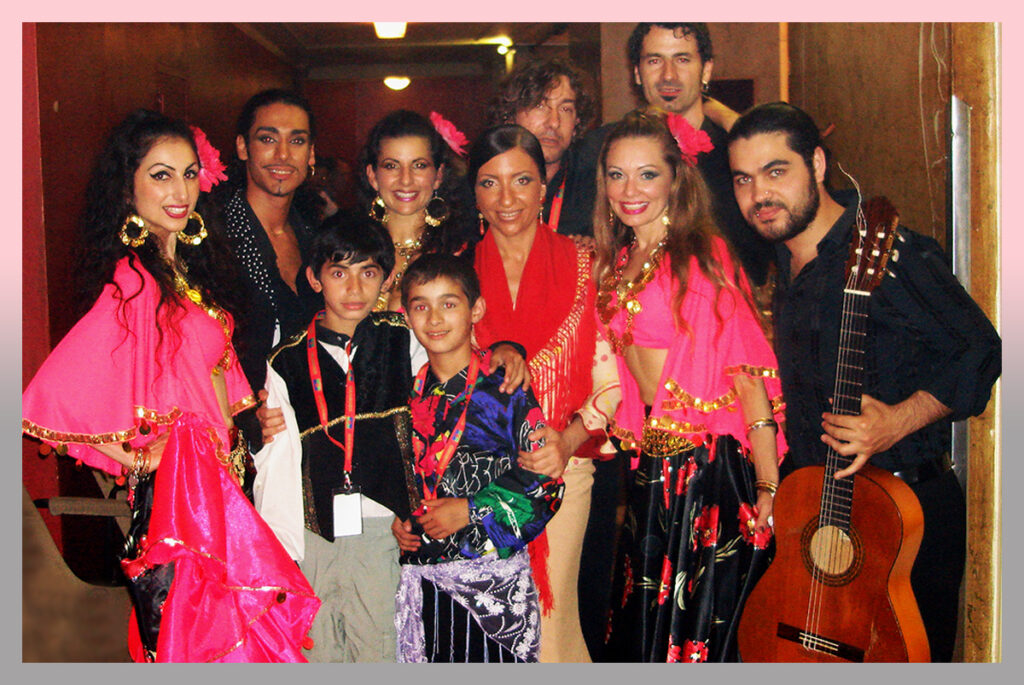 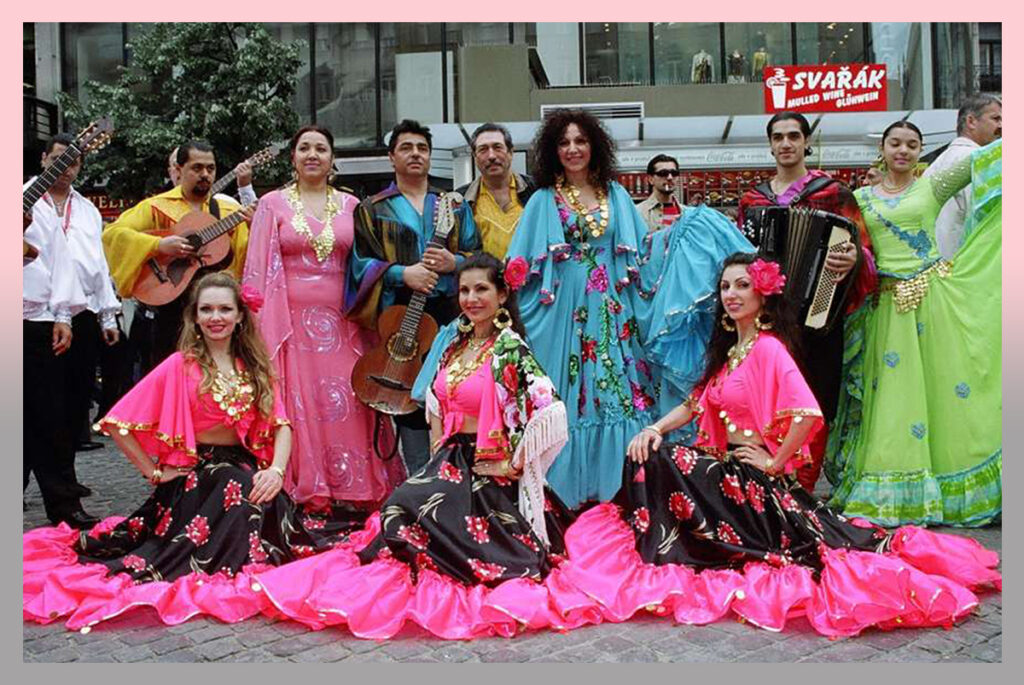 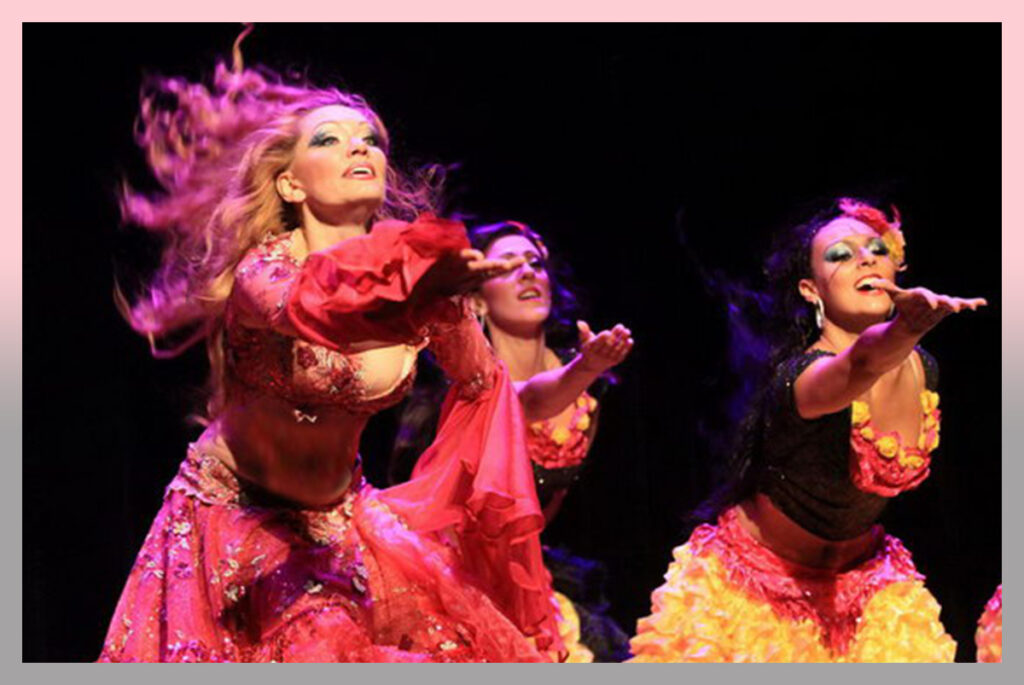 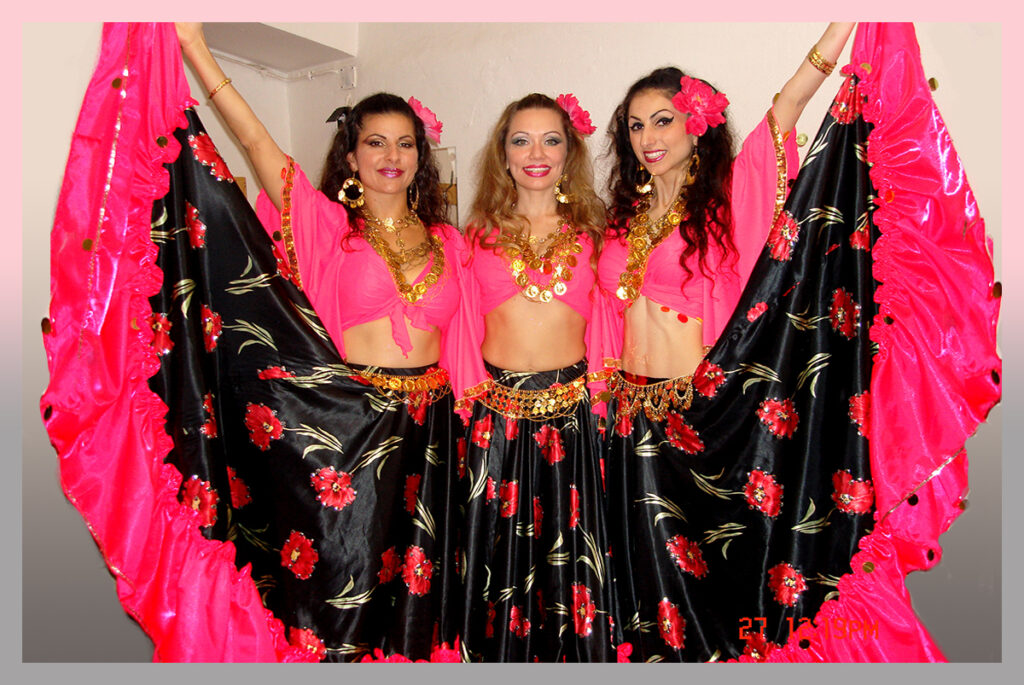 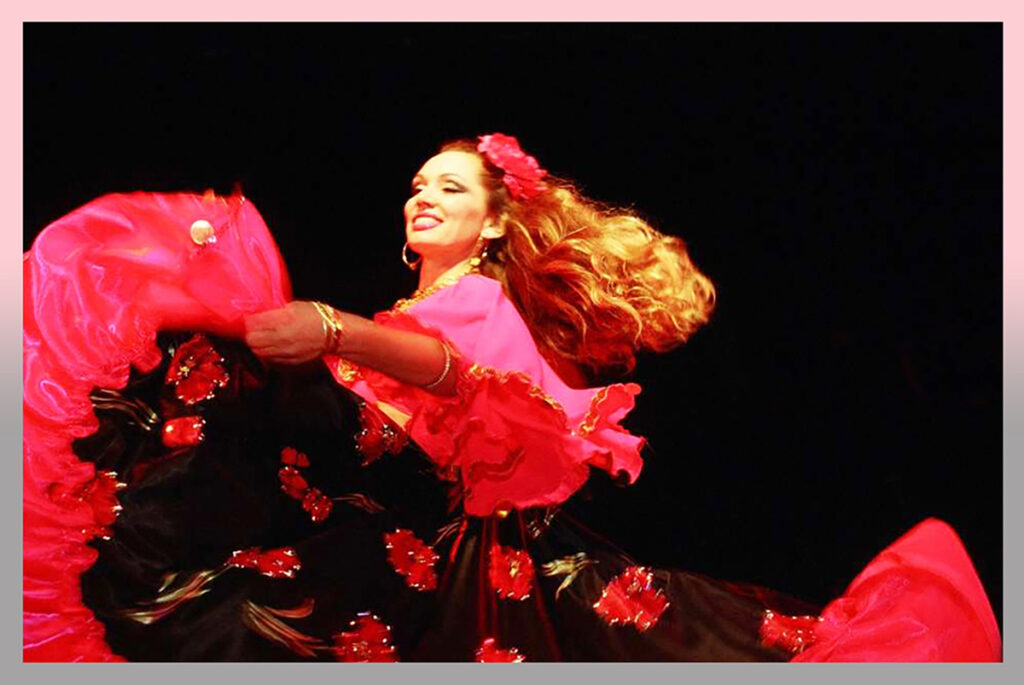