“Dancing is not just getting up painlessly, like a leaf blown on the wind; dancing is when you tear your heart out and rise out of your body to hang suspended between the worlds.”

Uzbekistan strategically located on the silk route. The Khanates of  Samarkhand, Bukhara and Khiva were once the cultural center of the world at a time when Europe was still in the “darkness” of the Middle Ages. Avicenna, the father of modern medicine, came from Uzbekistan. The mathematical term “Algorism” is named after the Uzbek scholar Al-Khorezmi (from Khorezem). Today the ex soviet Republic of Uzbekistan is an independent state. The Uzbek are masters in the weaving of the complicated and colorful technique of Khan-Atlas (Ikat) weaving Dances of  Uzbekistan have been enhanced by several cultures over the centuries because the country’s central location on the Silk Road. Contemporary Uzbek dance is classified into three styles:  Bukhara, Khorezm and Ferghana.  Ferghana: The soft, lyrical and elegant style offers the broadest range of emotional expression. Ferghana dance is characterized by complicated wrist circles and undulations of the hands and arms with pliable use of the spine and a shy, yet playful, character. 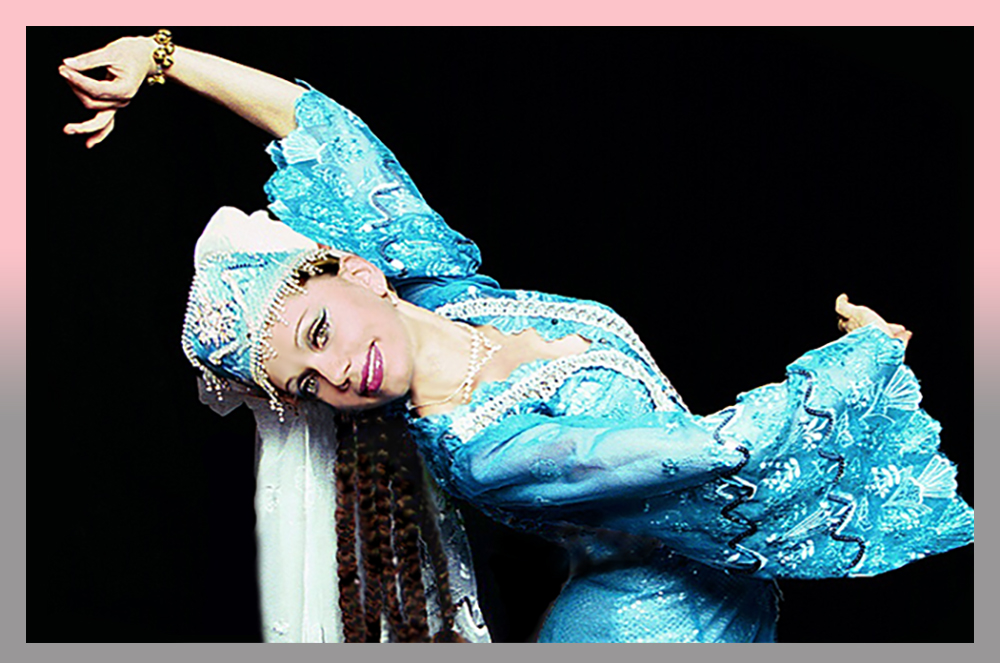 The Bukharian style is the most acrobatic of the three, requiring  fast spins, sudden drops to the floor, and deep backbends. In all three schools, the dancer may sometimes wear wrist bells to add a percussive element to their movements.  The featured dance “Zang” Buhkarian Dance accompanied by Doira (folk round drum), the traditional instrument of Central Asian peoples.  Choreography by Veloyat Akilova, The People’s Artist of Uzbekistan.  Khorezm dance element involves shaking of the hands and torso, frequent  head slides and comic elements. The most popular of Khorezm dances” lazgi” was originally a healing dance, traditionally performed in place with the dancer standing on a large platter. Rhythmic elements characterize the Khorezmian style, performed with wrist bells, features compound vibrations usually performed in place.

Tajikistan is situated on the northeast border of Afghanistan, a former Soviet republic. Tajikistan is now an independent nation, which also borders with China, Uzbekistan and Kirghistan. There is a large number of Tajiks in northern Afghanistan. Tajiks speak Farsi, the ancient Persian language.  Their dances share many similarities with those of Uzbekistan.  Sharp shoulder movements and straight hands characterize the traditional Tajik dance.  At times, folk dancers may select  wooden spoons, small plates, saucers and tea glasses to complement the choreography.  Tajik traditional dances are divided into the following kinds: 1) pantomime dance (the most ancient): based on imitation of animals and birds, 2) ceremonial dance (rakskhoi marosimi); and 3) dance beside death bed (poiamal), preserved in the Pamirs. Among the ritual dances the popular ones relate to “gilem” (a carpet)‚ “boft” (weaving)‚ “oshpaz” (the cook). Men’s dances are frequently aggressive. The movements are sharp, dynamic, swift in order to symbolize power and force. These include the “shamsherbozi” (dance with swords)‚ “kordbozi” (dance with a knife) and otashbozi (dance with fire). Among the men’s and women’s dances with a musical instrument are the “raks bo dutor” (the dance with a dutar)‚ “raks bo doira” (the dance with a tamburine)‚ “raks bo gizhak” (the dance with a gidzhak). There are also dances with other objects such as a jug‚ a spoon‚ a dish‚ and an axe. 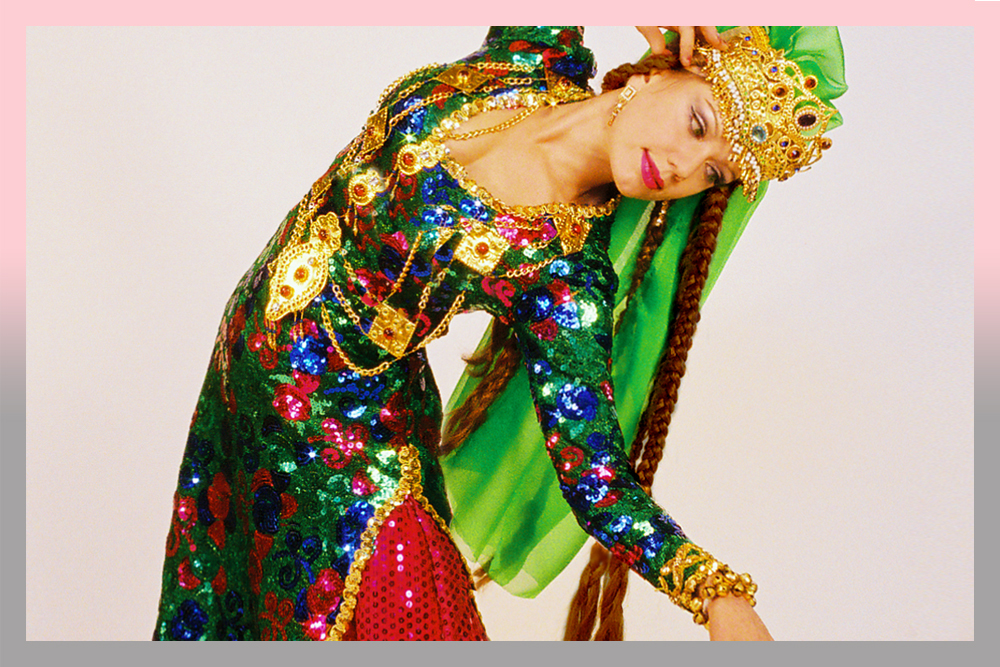 The featured performance highlights the version credited to the Pamir Mountains region.  Issakar Akilov choreographed this dance sixty years ago for Uzbekistan’s renowned Galia Ismailova.  This dance combines the best examples of traditional and academic stage Tajik dances and was choreographed for Louchia by Isakar Akilova’s daughter, Veloyat Akilova, The People’s Artist of Uzbekistan.  Music by Suleiman Aliev.